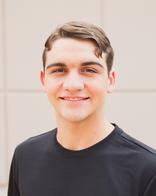 General Assistant/Social Manager: Alex Lopez is Amber's son. He was there with Little Actors' Studio's founding and has since gone on to study and pursue musical theatre, practicing acting, singing, dancing, playwriting, and teaching through and after graduating from Pope High School. He loves watching the kids grow and become confident and have fun in theatre.

He has no children.

Artistic Director: Amber Brooke Lopez has been involved in musical theater since she was in elementary school herself (that's been a while ago).  She has worked on cruise ships, in theme parks, and in professional theaters performing opera and musical theater.  Amber has been teaching children music, dance, and theater since 1994 in several local companies, preschools, private schools, and churches.

She is the mother of 3 very theatrical children who have all been involved in various community and school drama performances, including LAS productions.

Amber Brooke Lopez was invited to facilitate the after school drama program at Murdock Elementary School in 2014. Little Actors' Studio was created as a result of that request and has taught little actors the art of theater every year since. Little Actors’ Studio continues to strive to build the confidence of all its participants by giving each student a moment in the spotlight of every performance.

Assistant Director: Megan Williams is a Certified Art Therapist and experienced actress from Cincinnati, Ohio. She has been a student of the arts since age 9 where she attended the school of creative and performing arts. She is passionate about empowering kids through both visual and performing arts and encouraging them to find a creative outlet.

She is the mother of 2 children.